100% of all funds raised go direct to Beyond Blue

You will setup your own page for your team – then you can send the link to all your friends, family and colleagues etc plus keep an eye on how your fundraising is going. Here is the link so you can setup your page and start raising funds https://beyond-bitumen.raisely.com/signup

100% of all money raised goes directly to Beyond Blue to continue the important work that they do. Beyond Blue use the RAISELY Fundraising platform to handle all donations, so you can rest assured that all the funds end up doing good work for those that need it.

There are many ways to fundraise. The easiest way is to set up your Raisely page and share the link with your friends, via social media or email. It’s easier than you think. We had a first time participant do this and raised over $6,000, with the biggest donation being no more than $50.

Other people choose to do fundraising activities. Some do Bunnings BBQs, others do bottle and can recycling. Some sell handmade products and direct people to the Raisely page to make payment.

Corporate Sponsors often like to get involved, and like to see a sticker on your car with their name on it. The bigger the donation, the bigger the sticker.

Some people just choose to write a cheque for the minimum donation required (currently $1,500)

We often get asked “Where does the money go?” or “What does Beyond Blue do with the money we raise?” The 2017 Beyond Bitumen Rally raised over $300,000, and here’s an update on what impact this has had. (The details were correct at the time of writing this post in 2017).
For the last few years Beyond Blue has been running pilot programs for The Way Back Support Service (The Way Back) as a real and positive way to connect with people that have attempted or contemplated suicide, and hopefully prevent further attempts. In the 18 months from April 2016 to August 2017 the Newcastle NSW Service handled over 750 referrals. We truly believe that this has saved hundreds of lives.

The Way Back delivers one-on-one, non-clinical care and practical support after a suicide attempt that people can relate to, so they do not disengage with services. The plan includes setting goals tailored to the individual which encourages them to re-engage safely in everyday life. It also reduces barriers to accessing follow-up care and tracks appointments with health and other social support services.

The local hospital gets in touch with The Way Back coordinators when someone presents at hospital. The coordinators connect with the person within 24 hours and quickly form a relationship with the person before they start to make plans for the future. The ability to connect quickly is crucial in saving lives.

We were so encouraged by the success of the Newcastle project that we have agreed to fund two more sites. Each of these programs will cost about $150,000 to establish. Effectively, the $300,000 raised in 2017 will save many, many lives in the Grafton and Wagga Wagga areas (both currently experiencing suicide rates much higher than the national average).

The Clarence Valley (Grafton Area) site is due to commence client intake before the end of the December 2017. This site is estimated to take 250 referrals per year.

The Murrumbidgee site is also due to commence client intake before Christmas 2017. This is the first site to operate in multiple locations (Wagga Wagga, Riverina, Young and Deniliquin).This site is estimated to take 260 referrals per year.

Once the 2021 Beyond Bitumen Rally has been completed and the fundraising has been finalised, we will be able to make some decisions about future funding opportunities. We are looking forward to your support to make a real difference in peoples’ lives in the coming years. If you’d like to support the 2021 Rally just click on the fundraising link: https://beyond-bitumen.raisely.com/

We’ll meet up at Mittagong RSL in Mittagong for Registration, as well as an Orientation Session for first time participants. Thursday night is always a good time to catch up with mates from last year and dream about what might happen this year. Mittagong is only 90 minutes from downtown Sydney.

When you “go bush” with the Beyond Bitumen Rally you will have a heap of fun, but not at the expense of safety. We make sure that things are done safely, so that everyone enjoys the experience.

We have experienced mechanics that volunteer their time to make sure you get to your daily destination. We also have a camera crew and a medical team. 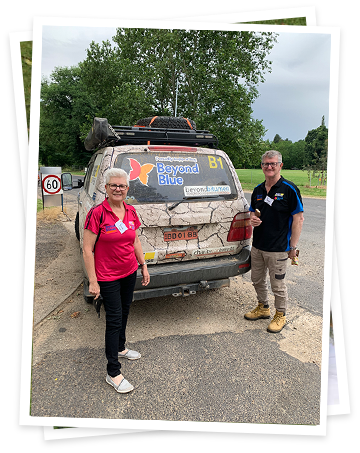 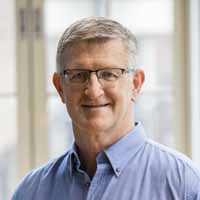 Peter is an experienced 4WDer and has participated in many Royal Flying Doctor Outback Car Treks. Each one of these events has raised over $1 million for “The Doctor”. Peter Fehon organises events that are suited to the skill levels of the participants, and works with various charities to ensure that their events are a success. Peter’s eye for detail ensures that everything runs smoothly, and that people keep coming back for more.

Keep Up To Date With Our Newsletter