Home 9 Past Rallies 9 2016 Beyond Bitumen Highlights
The 2016 Beyond Bitumen Tour, proudly supporting Beyond Blue, took place over 4 days in March 2016 (11th till 14th March). This has now become an annual event to help Beyond Blue achieve a greater awareness of depression, anxiety and suicide in our society.

Everyone met up on the Thursday Night in Dungog NSW to share a meal and a few drinks. Friday morning saw us travel up over Barrington Tops, before stopping for lunch at Ellerston, the famous Packer family property in the Upper Hunter valley. The 27 children at the school on the property put on a little concert for us, while the P&C gave us a great feed with typical country hospitality. We made a $1,000 donation to the Ellerston P&C to thank them for their hospitality. 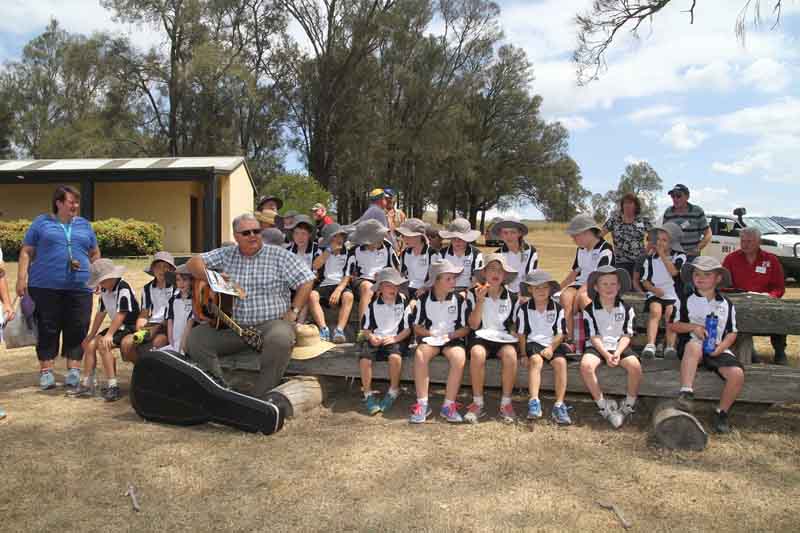 After lunch we tackled 23 creek crossings on our way to Nundle, then on to Tamworth via Chaffey Dam. A few of the old 2WD trek cars struggled with the heat, but the big Toyotas just loved the conditions.

Saturday morning saw everyone having a hearty breakfast courtesy of the Tamworth Sunrise Rotary Club, then into the cars for another 350kms of dirt. We reached Manilla just as the local pub was opening, so this caused a bit of a delay to the program. After a quick chat and a couple of photos, we pushed on the Kingstown for lunch. Once again, country hospitality and the local P&C were a winning combination, and resulted in another $1,000 donation to the P&C.

The afternoon run into Glen Innes saw some spectacular scenery with a selection of nice fast open roads that are used by Rally NSW as part of Rally New England. 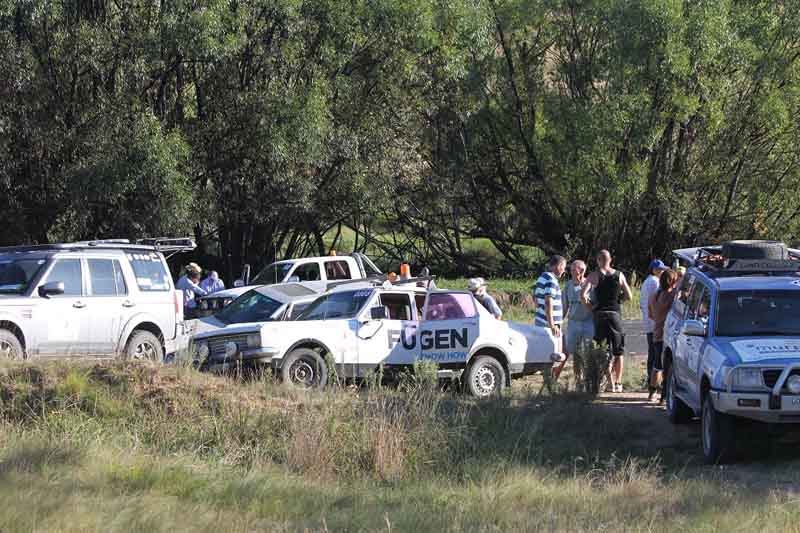 Sunday Morning saw the big Landcruisers come into their own as we tackled the Armidale to Kempsey dirt road. In the space of a few minutes we dropped down from 1,000 metres up on the New England Tablelands to the lush upper reaches of the mighty Macleay River, culminating with a tasty BBQ lunch at Blackbird Flat. The afternoon saw the Tour head through Tamban State Forest, then all the way down the Macleay till we reached South West Rocks. 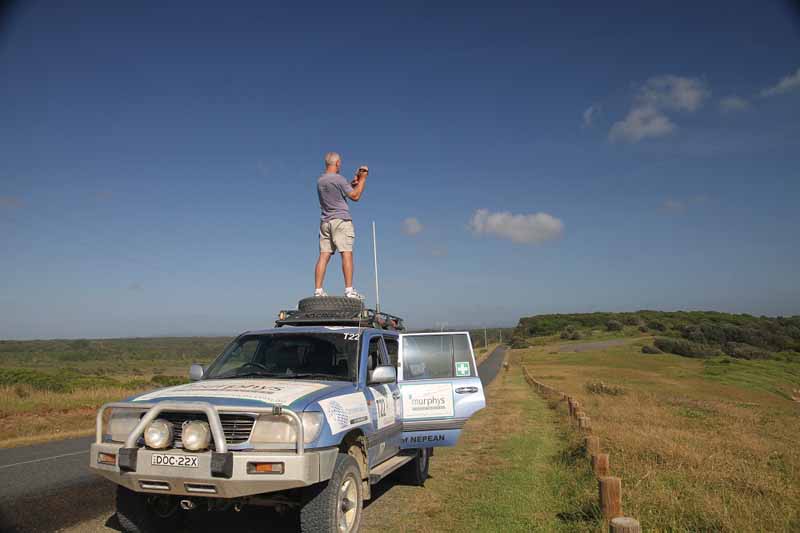 We assembled at the Seabreeze Hotel where the locals greeted us warmly and the participants were generous in support of the various Auction Items that went up for grabs. It was another big night. 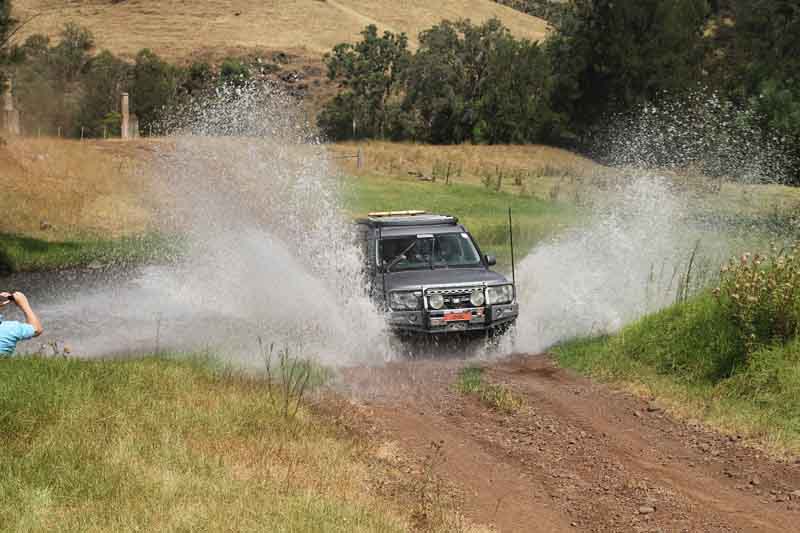 With Monday morning came the realisation that the Beyond Bitumen Tour was almost over, but there was a twist about to happen. The Point Plomer road had received a vast amount of 4WD traffic over the Christmas Holidays and was at its bumpiest best. We decided to send the 2WD cars down the inland track near Maria River and unleash the 4WDs on the beach road. Everyone regrouped at the Settlement Point Ferry where the reporter and photographer from the local paper were waiting to greet us. We headed bush again and took all the forest roads that pointed towards Comboyne. From there it was up to Elands than all the way down into Wingham, finishing up at the award winning “Bent On Food” café, before heading back to Sydney and various other locations.

So, here are the dates for next year. The dates are locked in, but the route is still being finalised. We will meet on Thursday Night 30th March 2017 on the South Coast about 2 hours out of Sydney. From Friday morning till lunchtime Monday we will cover about 1,500 kilometres. We will arrive back in Sydney by nightfall on Monday 3rd April 2017. Numbers may be limited to ensure safety, so reserve a spot now. Just email here and tell us you would like to reserve a spot (or extra spots for your mates). This will give you plenty of time to prepare your vehicle and sort out your fundraising requirements ($500 Entry Fee, plus $1,500 Minimum Donation to Beyond Blue). The event is open to any well prepared 2WD charity event car, or any 4WD vehicle.